Name
Jeremy Wilmot
Job Title
Chief Product Officer
Company
ACI Worldwide
Speaker Bio
Jeremy Wilmot is ACI’s chief product officer. In this role, he leads ACI’s product management organization, which is focused on strategically deploying our world-class products to maximize growth and profitability. He is well versed in ACI’s unique product portfolio and uses that knowledge to ensure our products are best addressing the needs of the market and the needs of the customers in our three core segments—banks & financial intermediaries, merchants and billers.

Mr. Wilmot joined ACI in 1999 and has held a number of executive and senior leadership roles at the company. Most recently, he served as group president of our banks & intermediaries P&L and was responsible for delivering market leading value to banks and payment intermediaries around the world. Previously, Mr. Wilmot was ACI’s chief marketing and revenue officer, managing director for the Americas and president for Asia-Pacific. He began his career at ACI as regional director for Western Europe and Africa. Prior to joining ACI, Mr. Wilmot worked for ICL (now Fujitsu) in several capacities, including as international sales manager for financial services.

Mr. Wilmot is a member of the board of Mindgate Solutions and holds a Bachelor of Arts degree in Business Studies from Oxford Brookes University in the U.K. He has completed the Advanced Management Program at INSEAD in France.
Speaking At
Focused on Growth
Real-Time Payments Panel 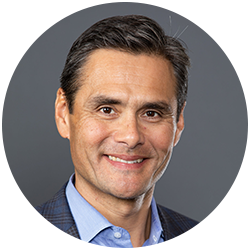